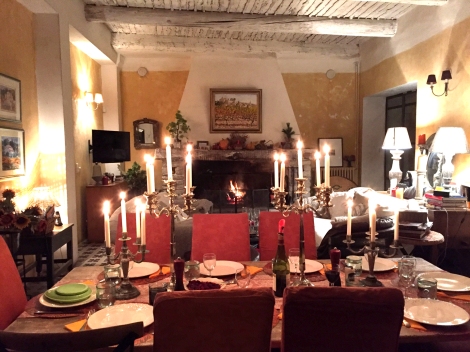 A fire blazed in a large fireplace at the far end of a grand salon with 10-foot beamed ceilings. Two overstuffed sofas flanked the hearth, begged to be lounged in. From the adjacent kitchen, the sweetness of caramelizing vegetables filled the air. A room at the very top of the old stone townhouse had been prepared, waiting for its guest.

Less than two weeks after the attacks in Paris, we’d arrived at a haven in Provence. The trip had been planned months before: Thanksgiving at a friend’s in Ansouis, in the Luberon, then three days in Nice.

The timing could not have been more perfect—a long weekend getaway was now taking the form of an escape from the heavy atmosphere in Paris: the growing memorials around town; the presence of armed police and gendarmes never letting us forget for a moment that our lives had been transformed. 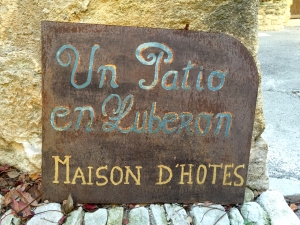 A few days before we left, a felt a tug on my gut; I wasn’t sure I wanted to leave Paris during this time. There was something about bearing witness, sharing the experience with my fellow Parisians that was helping me to feel useful, to grow strong again, like the city itself, which seemed to be bouncing back.

After the attacks of 9/11 in New York—just two days after, in fact—my then boyfriend wanted us to get away to his sister’s country house in upstate New York. Then, too, I didn’t want to “get away;” I needed to stay in the city, to be a help if I could. To take care of my home. But the trip was restorative, and I knew the South of France would be, too, so I hopped the train for Aix-en-Provence with my friend. As we traveled further from Paris, the bleak suburbs transformed into rolling hills, then vineyards, and the clouds ceded to a bright blue sky, as if nature itself was validating my choice to take this journey.

Thanksgiving Day, my friend took me on a tour of the Luberon, six towns: Bonnieux; Lourmarin; Lacoste; Ménerbes, where we had lunch overlooking the valley; Oppède; L’Isle sur la Sorgue, where I bought too many soaps; Roussillon, with its red, jagged cliffs. Though colder than normal for the south, the sky remained cloudless, the sun angling overhead, creating long, dramatic shadows typical of this time of year.

One of the many ancient hilltop villages in the Luberon in Provence. ©Lisa Anselmo

View over the valley in Bonnieux. ©Lisa Anselmo

The chateau in Lourmarin, and cows, in case it wasn’t charming enough. ©Lisa Anselmo 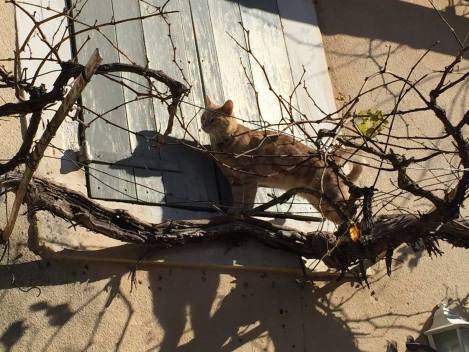 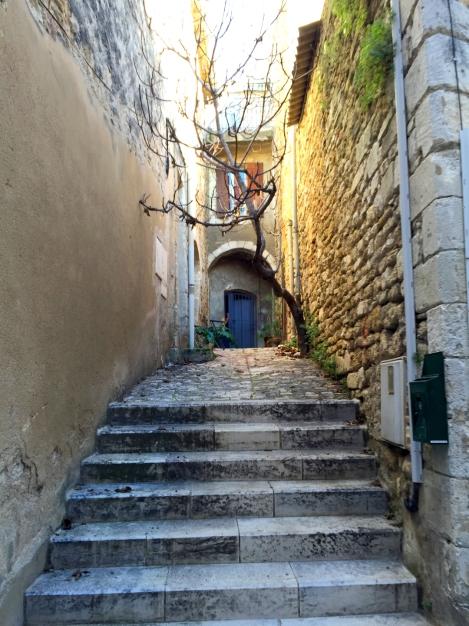 A sweet alley in Ménerbes, the town Peter Mayle made famous. ©Lisa Anselmo 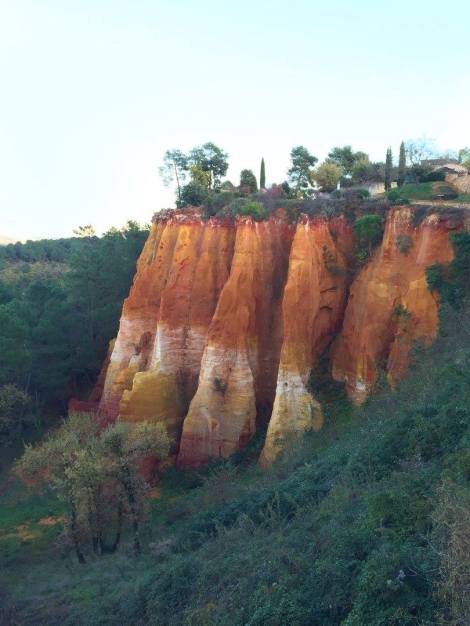 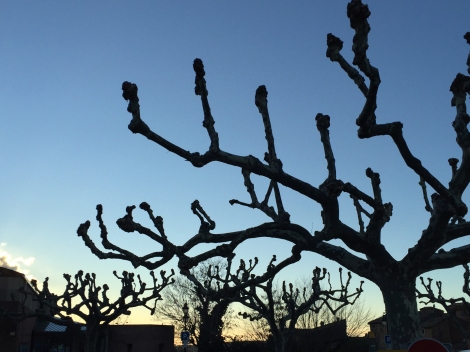 Walking the cobblestone lanes of ancient hill towns bathed in sunlight, I felt the heaviness—more than I’d realized I had been carrying—begin to lift. These towns seemed a million miles removed from the events in Paris, still cheery and naive, and in them, I found my own optimism and hope returning. With so much beauty all around, and the simplicity of this part of the world, it was hard to feel anything but joyful, and at ease. We capped off this ideal day sitting around a table with expat friends enjoying the Thanksgiving holiday, and each other.

From the Hills of Wine Country to the Beaches of Nice

After a few days in Provence, we packed up our rental car and headed to Nice to spend the rest of the weekend, where more spotless skies greeted us. The warmth, the sun, the sea—my friend and I were giddy as we wheeled our luggage up the street to her apartment on the bustling Rue Massena. It felt good to be back in the town I’d grown to love since my first visit in May.

Nice in November, while devoid of the hoards of vacationers, still retained its energy. It was adorned for the holidays—every street had ornate swags strung across; Place Massena was transformed into a festive wonderland, with a large ferris wheel at one end, and an elaborate winter garden at the other—which, though there were no signs as yet, was undoubtedly meant for Santa to hold court with les petits niçois.

Fantastical Christmas swags on the streets of Nice. ©Lisa Anselmo

A show of solidarity for Paris in Nice. Place Garibaldi. ©Lisa Anselmo 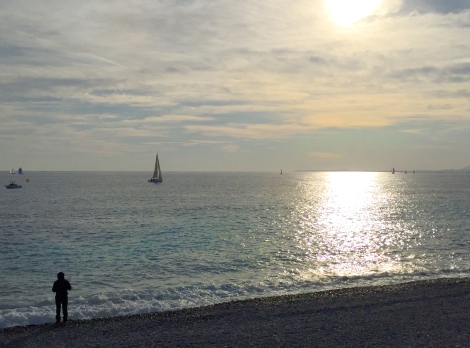 Beach, Nice. How could anyone feel anything but peaceful with this view. ©Lisa Anselmo

Between the beach and the holiday cheer in the air, I succumbed to the charms of the south, and relinquished my anxieties. By the time I’d returned to Paris, I was fully restored—more centered, more peaceful. Happier. And Paris, seemed happier, too. Christmas had descended upon it, like Nice. Bright pink lights had been strung across Rue de Bretagne, trees were for sale at the local florist—the warmth of the holiday season bringing renewed hope to the city. It reminded me that the true beauty of the human spirit resides somewhere above the fray, impervious to hate and ugliness, like the hilltop villages of the Luberon.

On a beach in Nice in November. This photo is proof of the joy and peace that overtook me in Provence. ©Adrian Leeds

6 responses to “Peace in Provence”