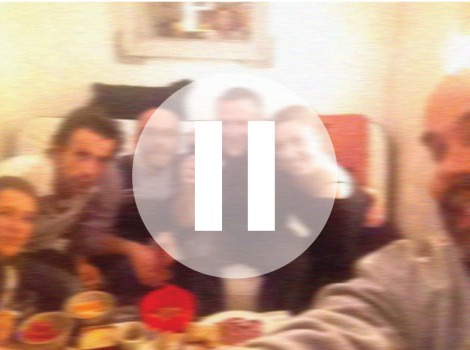 I’ve just returned from a brief stay in my Paris place, hence the silence. Seems I only write about my Paris life when I’m in New York. Maybe that’s how I fill in the gaps when I’m away. My Paris life is taking shape, getting fuller with each stay. I’m bonding with my neighbors, my local shopkeepers. I even garnered a bonjour smile from the stone-faced guardienne who lives a few doors down the street. The deeper my roots grow into Paris soil, the more it feels I’m being torn away each time I leave.

I honestly didn’t expect this. I thought an apartment in Paris would be about having my own personal hotel—no more check-in times, no more heavy luggage. But its very existence shifted my relationship with the city. From the first stay in my place, I stopped being a visitor. Paris became home—and the connection intensified.

My neighbors are so welcoming and friendly; they drew me in right away. Sadly, I never have enough time to hang out with them and I’m starting to feel like I’m missing out. On my last trip in February, I met another neighbor—a man with an adorable baby boy—who engaged me in conversation as we climbed the stairs together. Called me “the American” as though that was my official nickname in the building. He told me he and his partner had been wanting to invite me for drinks “one of these nights.” Apparently, they’d already discussed it. Really? Discussed me? Like during breakfast one morning?

“Cheri, pass the croissants. By the way, we should invite the American over.”
“Oh, yes! I hear she’s from New York! Coffee?”

Just my luck, this invitation came the night before I left for New York. My lovely, hospitable neighbors probably came knocking on my door one night, maybe tried several times. Did they wonder what happened to me? Have they moved on? Did I miss my opportunity?

This is the downside of my part-time Paris life. It’s an interrupted one. Just as I get it going, I have to pull the plug and leave.

Is there an upside to these spells of absence I’m creating? Does it build affection? Or are the French out-of-sight, out-of-mind people? I really want to know, because the caviste at the end of my street is really cute. During these months of my here-again, gone-again Paris life, we’ve been slowly building a rapport. Then, on the last day of this most recent trip, he surprised me with a goodbye hug and kiss—just minutes before I got into a taxi and headed to the airport. Again, the door opens just as I’m leaving. I hope he remembers that kiss until my next visit in June. I’m painfully aware that, for him, Paris moves forward. For me, it’s on pause until I return.