It’s Stroll-with-Me Sunday. I bring you out of confinement in your town, to see a little bit of mine, as I head out to do some shopping. 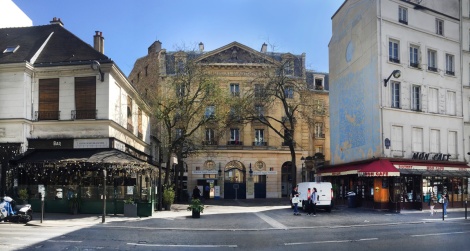 Hôpital Saint-Antoine sits on Rue du Faubourg Saint-Antoine. You may remember this street from my memoir, Chapter 5 (“Here I Am in No-Man’s Land”). The hospital, which opened in 1802, is flanked by two popular cafés. Of the three buildings, only the hospital is busy on this lovely day. The cafés have been closed by government order until further notice.

Rue du Faubourg Saint-Antoine is a bustling shopping street that spills onto Place de la Bastille. My stretch is happily devoid of the chain stores that dominate further down—just a few small specialty shops, cafés. The best cafés, like Le 138, are those closest to Marché d’Aligre, a large farmer’s market on the plaza of the old covered market, Marché Beauvau. All this is closed, too. The street is silent, except for a few people pretending to run errands so they can enjoy the sun. 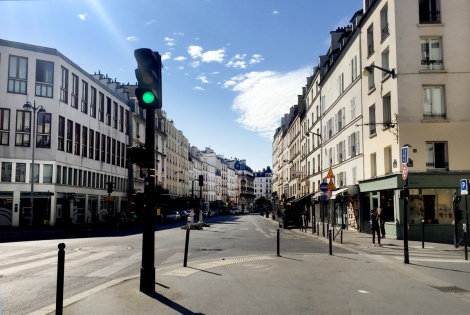 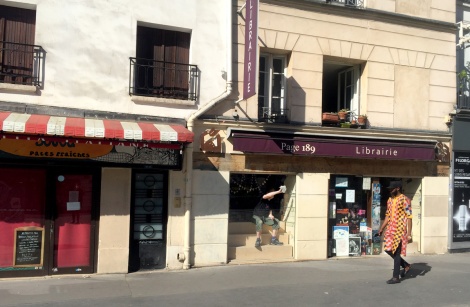 Shuttered shops. The owner of the bookstore takes advantage of the downtime to clean his windows. ©Lisa Anselmo

This district used to be filled with workshops—ateliers—specializing in furniture making, upholstery, decorative metalwork. There are many little lanes lined with old ateliers, like Passage de la Main d’Or, Cour des 3 Frères, Rue de la Forge Royale, tucked away off the main avenue. There are still a few ateliers left, but most are now bars and restaurants, though a few house the odd architecture firm. 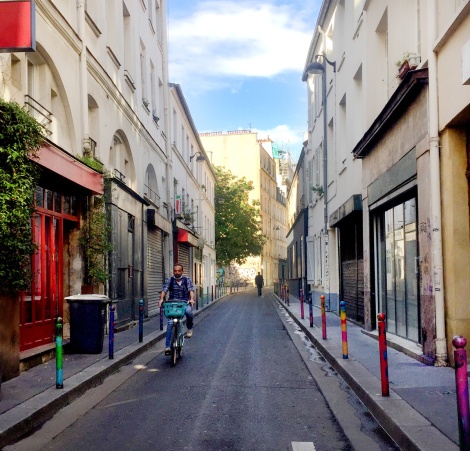 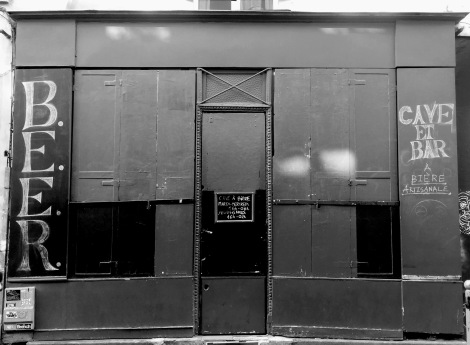 While Rue du Faubourg Saint-Antoine was quiet, streets with grocery stores, like this one, were full of shoppers, the chaos of activity jolting me after so many days holed up at home. It kicked up my paranoia. People were passing within inches of each other, as if it were any other day. I wished it were any other day, but the presence of face masks, including my own, reminded me. I moved out into the street to maintain a reasonable distance from those who seemed blithely oblivious of the pandemic. Oh, to be in their heads. 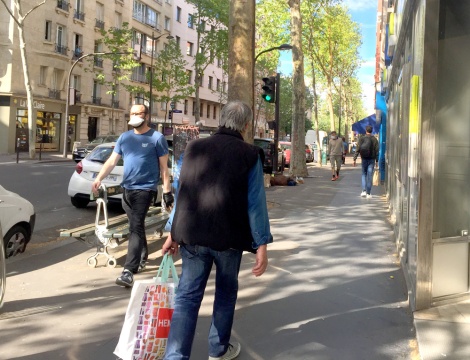 Some streets looked as if it were a normal day—except for the face masks. ©Lisa Anselmo 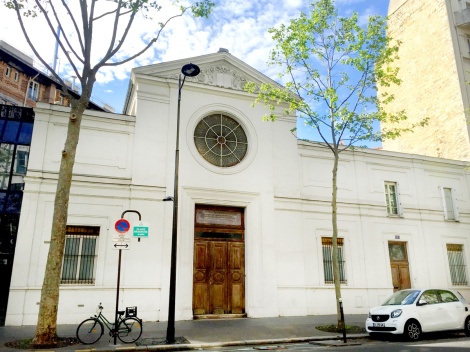 The shady side of streets remained solitary, so eager as everyone was to get some Vitamin D. This stately structure was once a Protestant temple, but currently used as an exhibit and performance space, called Le Temple. Built in 1882 by W. Hansen, the former Temple du Foyer Evangélique is listed as a historic site, and is one of the treasures of the 11th arrondisement. Over the door, a passage from Rimbaud’s poem, Sensation:

On the blue summer evenings, I will go down the paths,
Getting pricked by the wheat, treading on the fine grass:
In a dream I will feel its coolness on my feet.
I will let the wind bathe my bare head.* 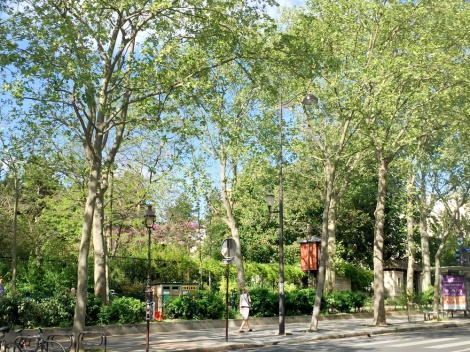 And with that, I leave you with this bucolic scene, right in the heart of the 11th. A park, it was once the site of La Petit Roquette, a large detention center for women and children, opened in 1836 and closed in 1974. Historic or not, the prison was demolished. I much prefer the trees.

A final thought: This didn’t make the cut for the main story, but it begged to be shared: one of my very favorite storefronts in Paris. This pharmacy is abandoned for a decade at least, even the display boxes were left in the windows where they fade and collect dust. I’m obsessed with the idea of turning this into a bar called La Pharmacie. I wouldn’t touch a hair on its head. Can you even? 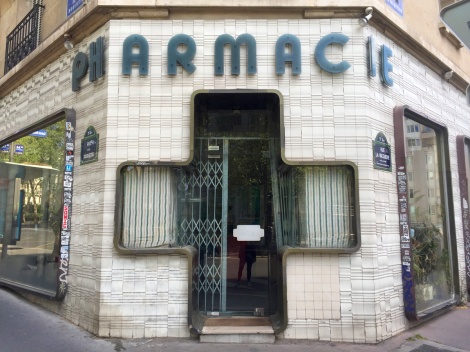 *This is my own translation. There are official versions on the internet, but I wasn’t wild about them.

Tip of the day

Take a walk today, if you can, and imagine that you are giving someone a tour. What sites do you take for granted that might be of interest to another? See your surrounding with new eyes, even take photos of little poetic details you may find on the way. There is always something new to see; it’s all about perspective.

Take a walk through my Paris 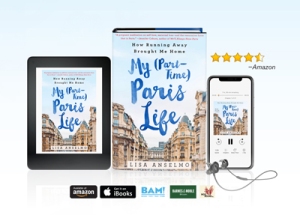