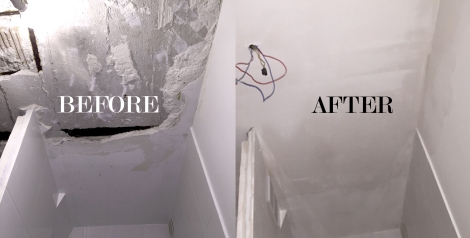 In early 2014, signs of a leak began to distort the wall in my entryway. It would take nearly two years and an order from the French courts before that leak would be stopped. For two years, I’ve had to watch my beautiful newly renovated Paris home deteriorate, and was forced to rent other apartments at my own expense while all this played out.

But in February, my court case was finally concluded—in my favor. Huzzah! And recently, I received the recommendation from the court expert that I am to be paid every single cent of the money owed me for repair costs, legal fees, and alternative housing. All of it. When I saw the total figure, I sat there, mouth agape in disbelief. Had I really spent that much?

Well, the end is in sight after a long, hard haul. My place has been dried out thanks to a powerful professional dehumidifier, and—alleluia!—the renovation is well underway.

Yes, the healing has begun.

When I first saw the work in progress, something inside let go: that fist of rage that had been there all along. My walls were being put back, smooth and new, where gaping wounds had been for years. The new walls were still raw, and needed to be painted, but they were gorgeous to me, just the same. 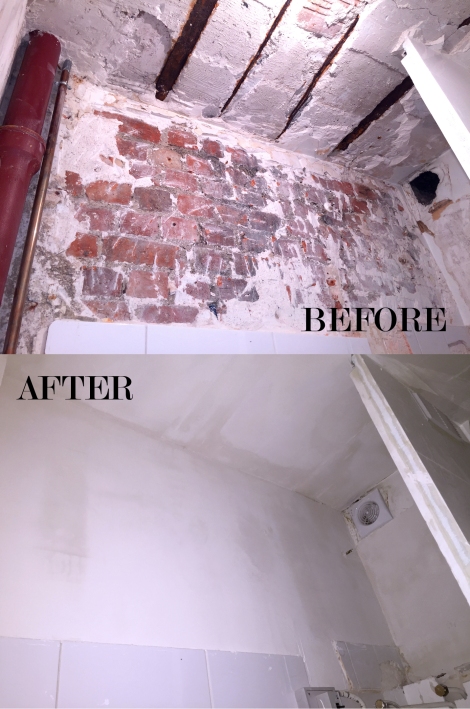 No more gaping wounds. My freshly plastered walls in the bathroom. After a coat of paint it will be like nothing ever happened.

New walls and ceiling in the entryway waiting to be painted.

My home was being restored so quickly, with the workers making huge progress day by day. When I asked my contractor how long it would take from start to finish, he replied: “Three, four weeks, tops.” After 26 total months of looking at decay and destruction, my place would be restored in less than a month? The irony was enough to make me cry—if I weren’t so freakin’ happy. 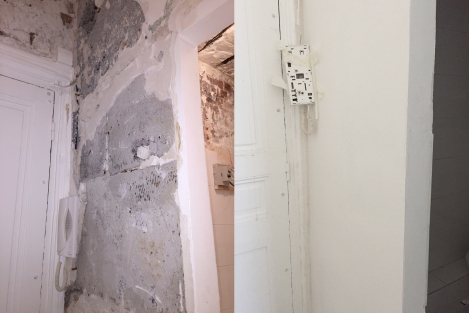 My entry before and after. This was the wall that had the most damage. For me, seeing this wall restored was the most moving.

Bye-bye, blue kitchen. I’m not sad. The space is prepared for my brand new kitchen arriving in June!

With each part of my apartment that’s restored, I feel myself healing. At the lowest point, when I’d lost all hope, I’d even thought about selling my place, but now I’m excited to move back in. This re-renovation is a chance at renewal. I bought the apartment as a lurching act of hope after my mother’s death, but now, my life has expanded in ways I hadn’t expected, and I’m not the same person. So why not make my home over, too?

My friend Yann once said that the leak was my grief leaching out from the walls of my home. Now it’s time to let go of the pain of these last years. It’s time to let the healing begin.

A WORK IN PROGRESS: Scenes of a home being restored.

Laying the new parquet and baseboards. 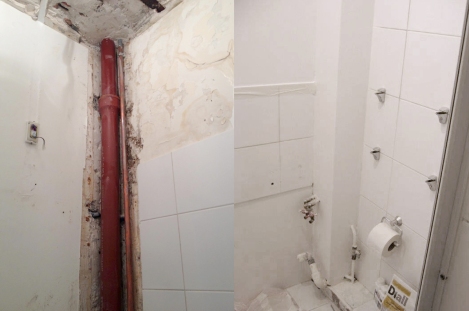 This column has been exposed in some form for two years. Finally it’s hidden away again. 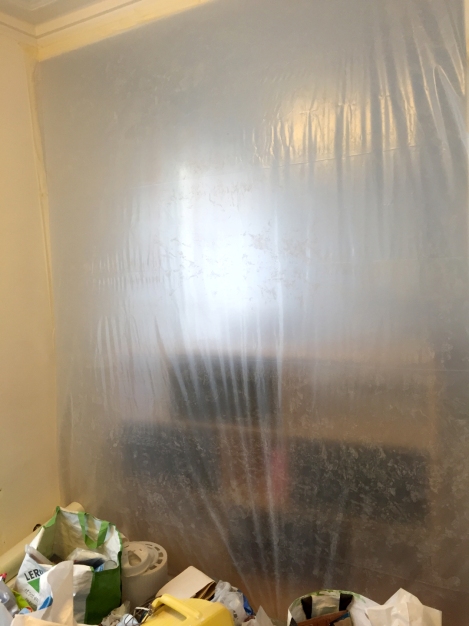 They had to do my apartment half at a time because of my furniture, so they walled off the living room to protect it from dust while they did demo and work in the kitchen and hallway.

My poor furniture had to be stuffed in the kitchen while they finished laying the parquet in the living room. 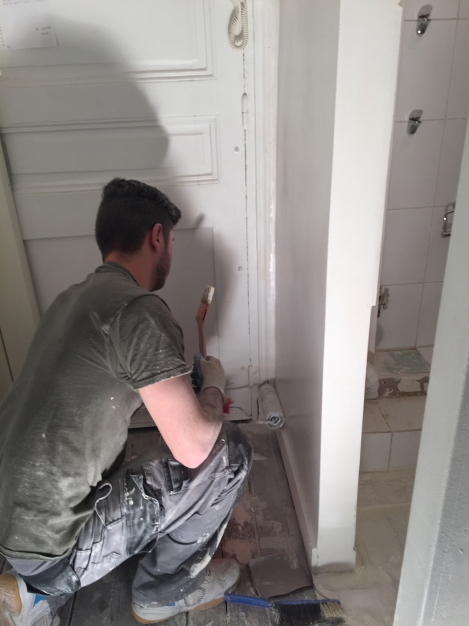 Prepping the new wall with waterproofing before the paint goes on. 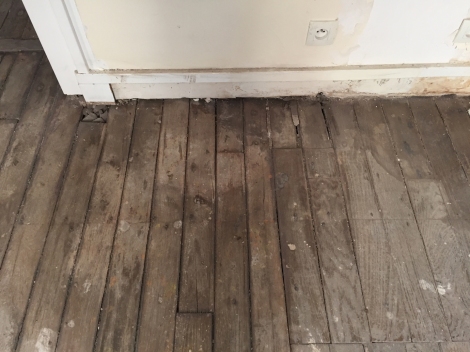 I had hoped to restore the old floor but the damage from the leak (plus wear from age) made it too costly. 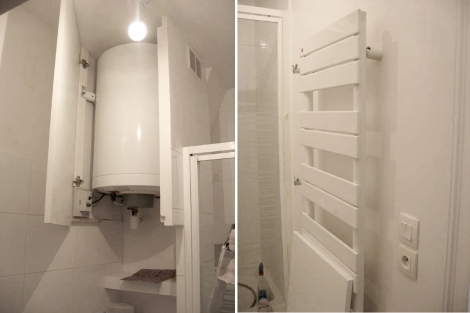 My hot water heater is finally out of my living room and back where it should be. My towel dryer is ready and waiting for my return. 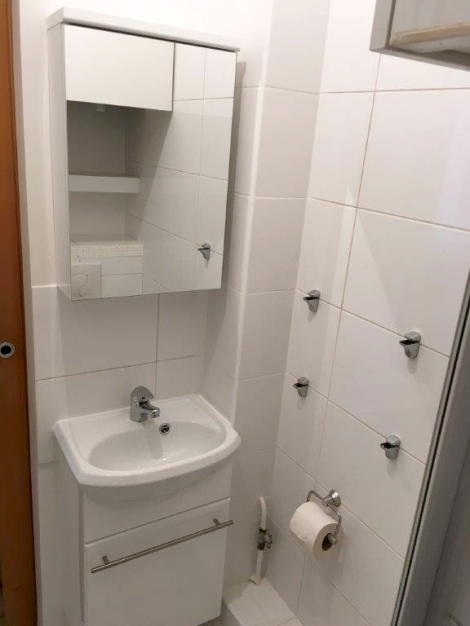 My little bathroom looks as if nothing ever happened. I can hardly believe my eyes.

Learn more about the journey that led to My (Part-Time) Paris Life in my memoir. 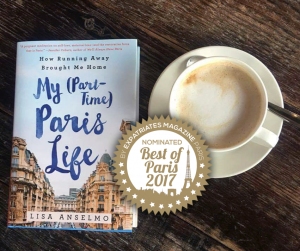