For Americans, Labor Day marks the end of summer. In France, it’s similar, with September seeing the return of a flood of vacationers, many of whom have been away much of August. They call this time La Rentrée—the re-entry.

I’ve made a re-entry of my own, a return to New York City, my other home. I was gone a whopping five months, the longest I’ve ever been outside the U.S., or New York. Normally upon my return, I’d just slot myself back into my life in the Big Apple, but suddenly I don’t quite fit. And it’s not just because of all the cheese and wine I consumed while living in Paris. 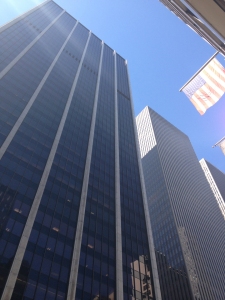 New York view. Glamorous skyscrapers that tower over you and tell you who’s boss. A huge contrast to the human-scale buildings in Paris. ©Lisa Anselmo

There’s been a change—in my habits, my desires, even my frame of mind. It’s been a huge readjustment. For the first couple of weeks, I felt dazed and out of sorts. New York loomed over me—its scale and intensity creating paranoia. Even my apartment felt strange—cluttered and dark. How much had my frame of mind been shaped by all this: the cluttered home, the stress of the city’s pace, the lack of visible sky? Was New York even right for me anymore?

Maybe the question isn’t whether I’ve outgrown New York, or if it no longer fits who I’m becoming. Maybe it’s about how my new Paris habits can reshape—and enrich—my New York life:

Getting out and about: In New York, I have a tendency to hibernate, and my dark cave of an apartment becomes a kind of sanctuary from the city’s chaos. My life in Paris was more active; I was out experiencing the city, meeting up with friends, writing in cafes. My Paris friends drew me out; there were invitations every day for something to do. Parisians make spending time with friends a priority, no matter the distance to be traveled or how busy they are. But in New York, it takes effort to coax people out after a stressful day. I was that way, too—holing up at home, decompressing. But I’m not that way any more. Now, I find myself looking into events and happenings around town, saying “yes” to more invitations even if they are last-minute. Lunches and drinks with friends are lined up weeks out. Seems Paris made me a happy extrovert. The challenge will be to stay that way. 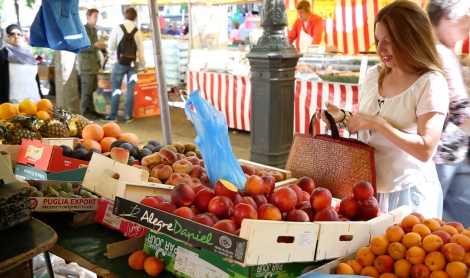 At the Popincourt Market, Paris, open Tuesdays and Fridays. This is a still from my upcoming video series. Photo: ©Nomadic Frames

To market I go: In Paris, there are open air markets all over town, and the place I rented in the Oberkampf District had a wonderful market at the end of the street (pictured above) where I shopped every week. Being able to interact with the vendors, stroll through the stalls under the sun—heaven. In New York, grocery shopping had been reduced to ordering online; I preferred to spend my time doing other things, despite the fact there’s a very famous farmers’ market just a few blocks away. But in the weeks since I’ve been back from Paris, I’ve been to that market several times already. Paris taught me that shopping for food is just another reason to interact with the world, to experience life in the city. I might feel differently in the dead of winter, but right now, while the weather is fine, you can find me fondling tomatoes happily outdoors. 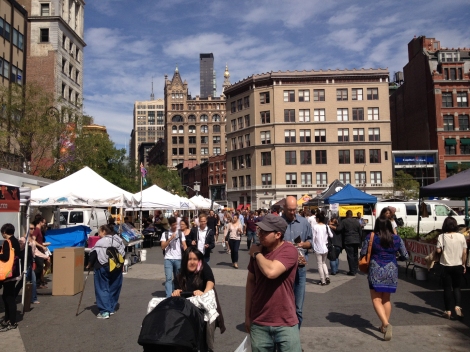 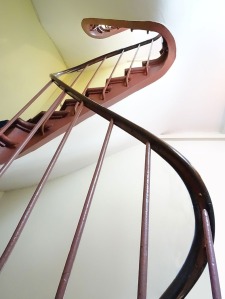 Stairs in one of my Paris rentals. I called them the spiral of death but they gave me a workout. ©Lisa Anselmo

Get moving, sister! Life isn’t necessarily easy or convenient in Paris. For example, few apartment buildings have elevators. I rented three apartments that were third-floor walk-ups. Spoiled by my New York elevator, climbing those stairs was agony at first, especially with twenty pounds of groceries. But after a month, I started to notice my body change—my legs firmed up (so did the derriere!), my energy increased, and my aches and pains disappeared. After five months, I was liking what I was seeing and how I was feeling. The question is, how committed am I to keeping it up? Life is cushier in New York; I have two gorgeous elevators tempting me with the promise of easy ascent. But I’m only on the fifth floor—can I forego the elevator and climb those stairs? With groceries? 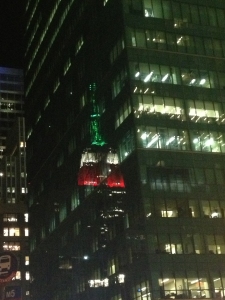 Being a tourist in my own town: I’ve been in New York enough years that it’s possible the bloom was coming off the rose. In Paris, I was stopping to smell those roses, exploring and snapping photos of the wonders around me. It kept me in the moment, awake and alive. Now back in my first city after such a long spell, I find I’m having a honeymoon of sorts, seeing things new and old with the same wide-eyed shutterbug enthusiasm I’d been lavishing on Paris. Being fascinated with my surroundings is helping me acclimate, and I’m finding joy in unexpected ways. Is it just that I’m used to being an eager observer, or is this truly who I am now: a joyful, inquisitive, smell-the-roses person?

You think when you make a big life change, you should feel big results right away. But change is funny; it creeps up on you, even when you make a huge, lurching start at something new. It takes time to stretch and grow enough to fill the larger life you’ve created. Maybe Paris didn’t change me after all; maybe I was already different—more outgoing, more energized, happier. Paris just solidified it—and New York, with its familiar surroundings, became the benchmark for where I’d been, and how far I’d come. 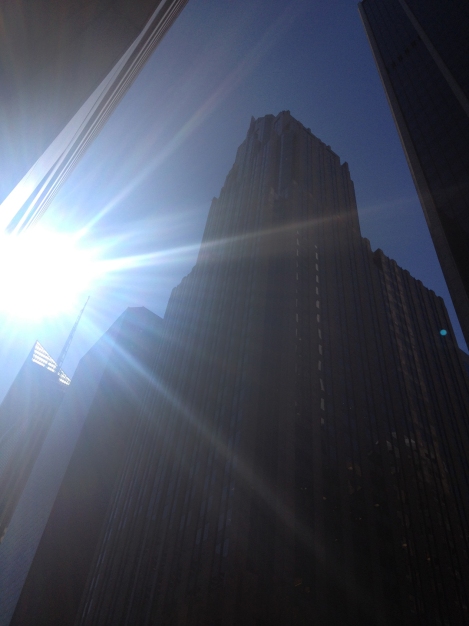 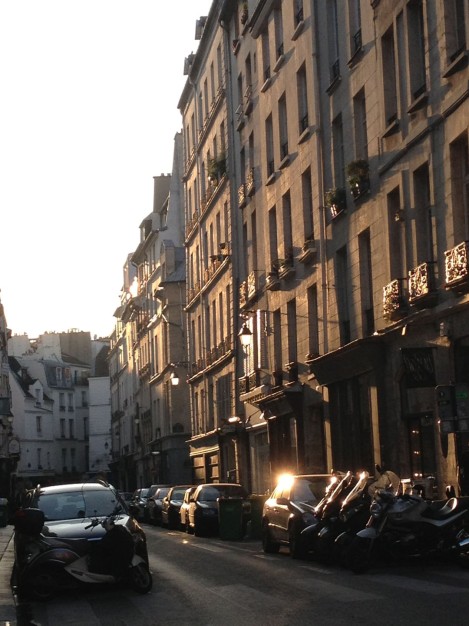 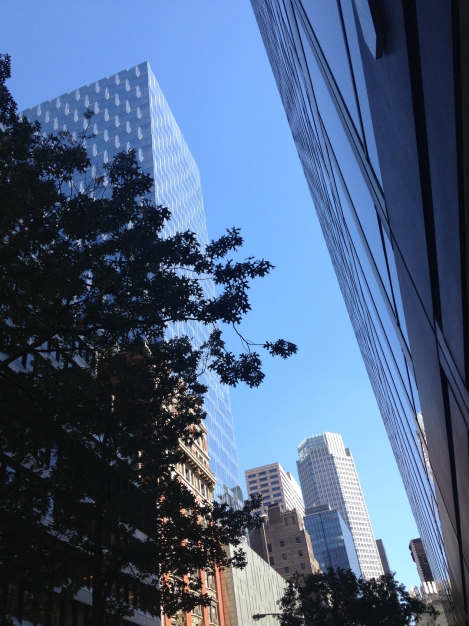 A sliver of sky peeks through the tall buildings in NYC. ©Lisa Anselmo 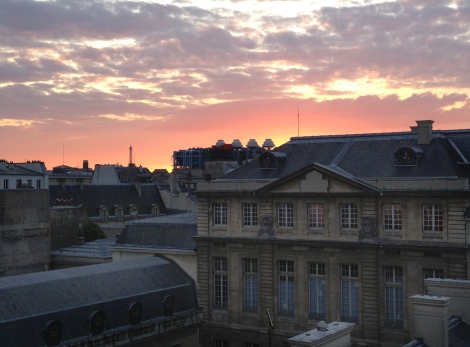 My Paris view. Lots of sky (and some Eiffel Tower.) ©Lisa Anselmo

Read more about my journey from New York to Paris in my memoir My (Part-Time) Paris Life, on sale here:

6 responses to “The Re-Entry”