Starvin’ Joe’s Burgers, Blackburn Coffee, Bones, Ten Belles. Is this Williamsburg? Park Slope? Bushwick? From the industrial rustic design of Septime to the Brooklyn Lager proudly served at a meatball joint on Rue Keller, I’m starting to lose track of where I am. What’s happening to Paris?

Did this Manhattan girl just move to Brooklyn? 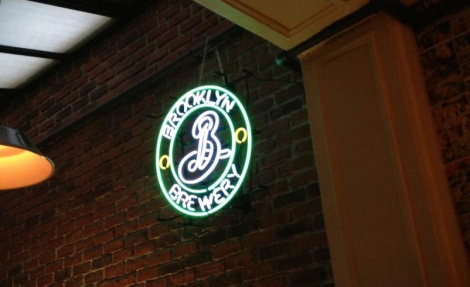 The Brooklyn Lager sign hanging in yet another New York-inspired restaurant in my neighborhood. ©Lisa Anselmo

Back in April, I was interviewed by Jean-Laurent Cassely for Slate.fr about No Love Locks, a movement I co-founded with fellow writer, Lisa Taylor Huff, to protect the endangered heritage sites of Paris. But “love locks” weren’t the only topic on the agenda. Another theme we discussed at length was what Cassely called the “Brooklynization” of Paris—hipster restaurants, boutiques, coffee houses taking over the city and killing off traditional Parisian-style businesses in the process. At least that’s the argument.

It is true, Parisians these days are obsessed with Brooklyn, whether they’ve been there or not. And most have not. Brooklyn to them is this magical, mythical place full of galleries, warehouses-turned-performances-spaces, hipster theme bars—well, okay, it really is like that in parts. And sure, it’s a swell place. I like it fine, but I like it where it belongs: in the good ol’ U. S. of A. For some reason, Parisians want to recreate the Brooklyn vibe in their city. And since my interview with Slate, I’ve seen signs of this everywhere—especially anywhere that’s gentrifying, like my neighborhood: French shop names replaced with English-language monikers, bourguignon pushed aside for burgers, and cozy bistro decor stripped out in favor of visible air ducts and exposed brick. Was Jean-Laurent Cassely right?

Is Paris rejecting itself in the name of progress? 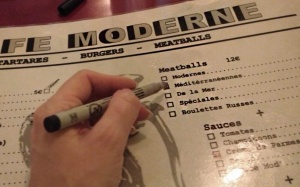 Cassely asked me in the interview, if I felt expats were to blame for the Brooklynization of Paris, or if it’s the expats who were actually the ones fighting to preserve what’s Parisian about Paris. It’s an interesting question. Many of the Brooklyn-inspired businesses around town are owned by Parisians. And even at places owned by non-French, I hear an awful lot of French being spoken by the customers. Are expats more inclined to want preserve the things that make Paris feel like Paris, like Lisa and I are fighting to save the city’s historic landmarks from the invasion of the tourist trend, “love locks?” After all, expats have adopted the city for it’s Parisian charm and history. I, for one, don’t want to eat at a restaurant that feels like Brooklyn when I’m on Rue de Charonne.

If Paris must move forward like the rest of the world, why not innovate on the great Parisian traditions that already exist, reinvent from the intrinsic culture instead of erasing it for another? Can’t Paris progress in a way that’s Parisian? I hope so, because I don’t really want to live in Brooklyn, France. No offense to Brooklyn, New York. 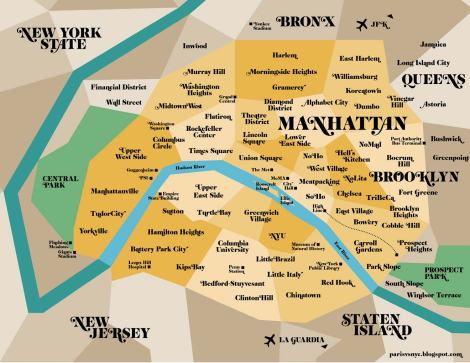 5 responses to “Is Paris Becoming Brooklyn?”