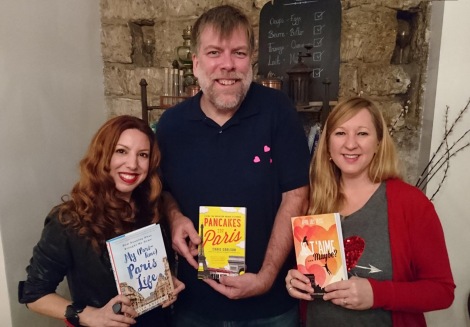 A great turnout for the three authors.

The crowd listens intently to the readings. 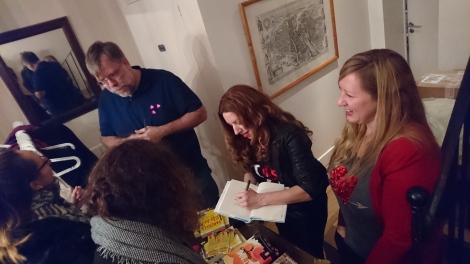 The three authors signing books for the crowd.