On location in Paris with chef Pierre Sang. Filmmakers Vân Nguyen and Morgan Paar flanking the chef and me. ©2018 Nomadic Frames

Nomadic Frames is Morgan Paar and Vân Nguyen. With camera equipment and laptops in their backpacks, they travel to the four corners of the known—and unknown—world to create the story. Location-independent filmmakers, Nomadic Frames has explored 50+ countries on five continents, and has shot countless terabytes of footage for award-winning films that have aired on television in multiple countries. They have published over 200 photos and articles in The New York Times, Afar, and the Chinese version of National Geographic, to name a few.

Much like those profiled in this series, Vân and Morgan have also taken a risk to follow their dreams, selling most of their belongings and giving up their apartment in New York City in order to travel the world creating films via their award-winning production company. Talented, scrappy and completely adaptable, they were my only choice to film My (Part-Time) Paris Life: The Series.

Behind the Scenes with Nomadic Frames 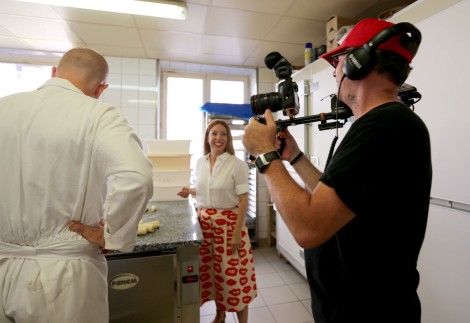 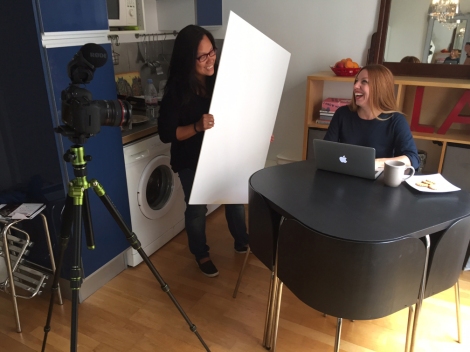 Vân Nguyen of Nomadic Frames using a white board to bounce light on my face. The board was as big as her, and this made us chuckle. ©2018 Nomadic Frames

Filming me for some promos. The cameras Nomadic Frames use are small and light, and take both video and traditional still shots. They allowed us to be fast and agile, and shoot discretely. ©2018 Nomadic Frames 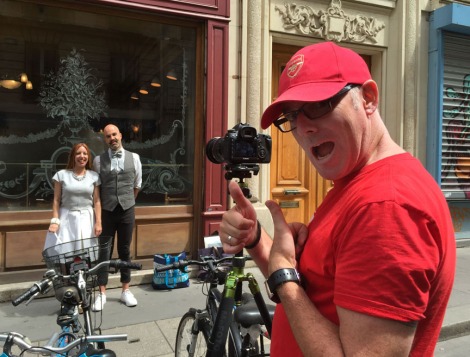 Morgan Paar of Nomadic Frames giving the thumbs up after the wrap of our episode with Parisian artist Geoffrey Guillin. ©2018 Nomadic Frames 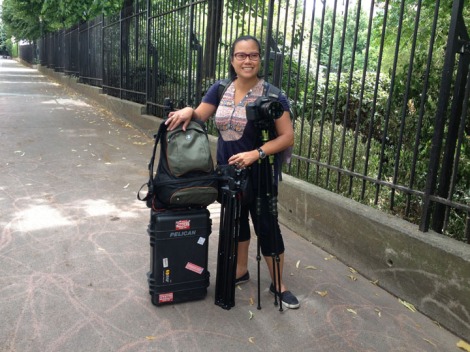 Vân is as tiny as me (about 5 feet), yet somehow got stuck lugging all the equipment around. “Just call me the mule,” she said. ©2018 Nomadic Frames 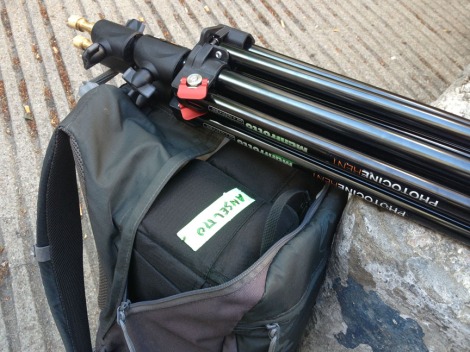 Just a small sample of our rental equipment from Photocine, which included two tripods, mics and lights. We lugged it all over town on some of the hottest days of the year in Paris. ©2018 Nomadic Frames 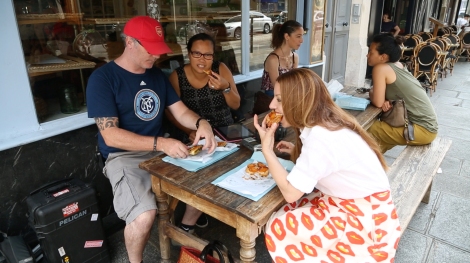 Chowing down on delicious pastries at Du Pains et des Idées after the shoot. We also ate three times at Pierre Sang on Gambey. Some of the perks of the job. ©2018 Nomadic Frames 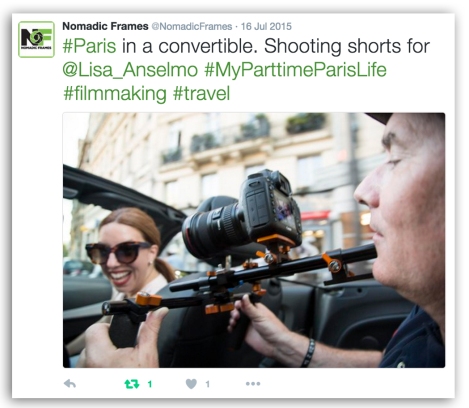 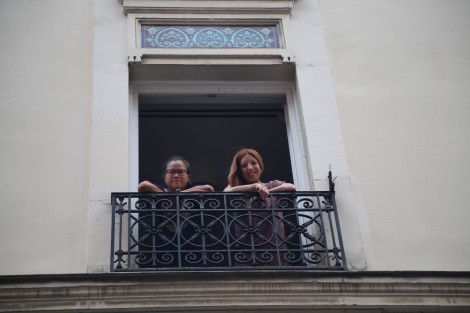 Lugging equipment around on the hottest day of the year in Paris. ©2018 Nomadic Frames

Morgan and Vân couldn’t resist an opportunity to recreate a scene from Before Sunset. Too funny. ©2018 Nomadic Frame

Morgan caught himself cleaning his lens. This is a sample of tons of blooper footage we’ll be releasing. ©Nomadic Frames

Check out the series here!

<<Back to Series Main